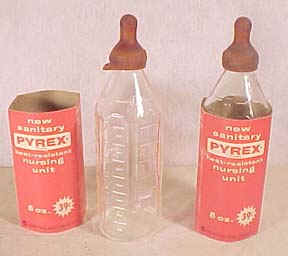 At the beginning of the 1900’s it could be said that the predecessor of the modern baby feeder was ‘born’.

Although often crude, made from poor quality material and ‘narrow necked’ making them less easy to clean than the banana bottle, upright feeders heralded the beginning of a new era in convenience.

Half way through the century, wider neck bottles began to come to the fore in the UK.

Developing to feature medium width necks and a screw-on collars to hold the teat, the upright bottle of the 1950’s still influences baby bottle design in the 21st century.

The bottles themselves took on a cylindrical shape, as opposed to a flattish banana, which allowed them to be cleaned well via sterilisers, which had been invented and were becoming very popular at the time.

Modern manufacturing gave rise to mass production of baby bottles and helped to make buying them cheaper. This allowed mums to have several at a time – some in use, some being sterilised.

From the majority of early 1950’s ‘modern age’ baby bottles being made from glass (thank you Pyrex) it has progressed to using synthetic, highly robust materials that can be almost indestructible. 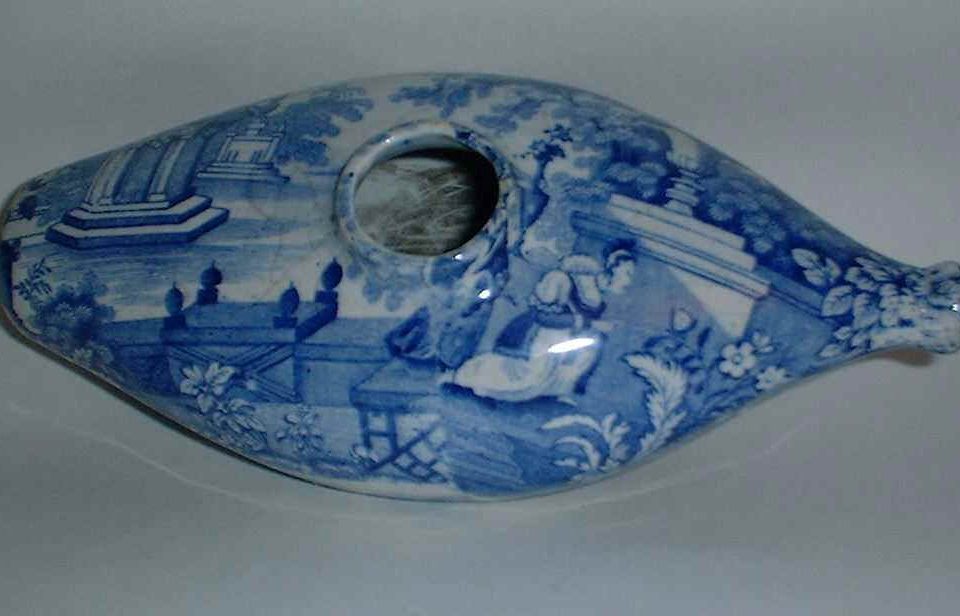 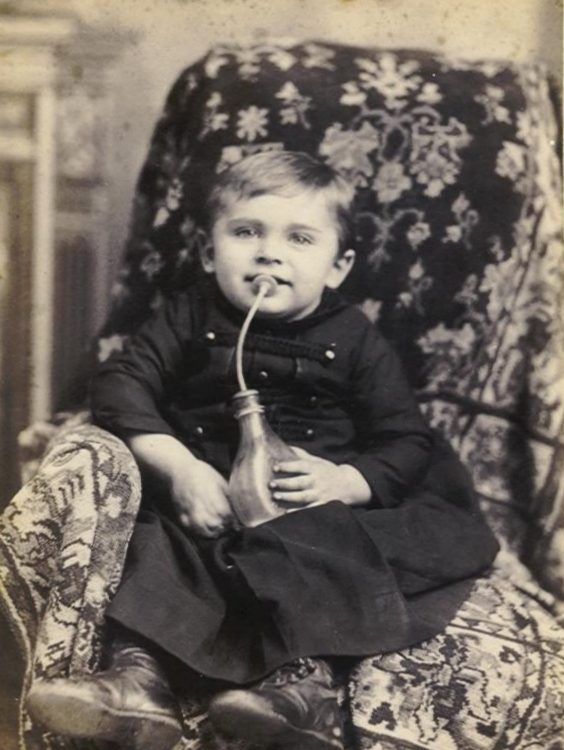 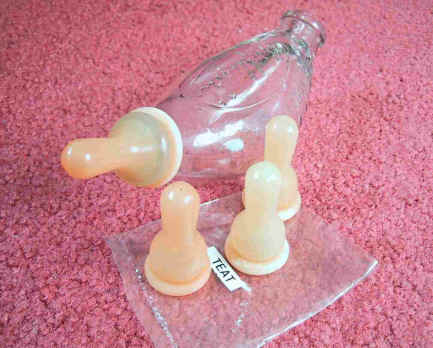